Enter your City name or Pincode

Kolar is located in the state of Karnataka and is the headquarters of the Kolar district. It lies in a drought-prone, semi-arid region. The city borders the Eastern Ghats and occupies the highlands of Mysore. There are small rivers and brooks which are seasonal and originate in the highlands. The city has a vivid history and has associations with great legends and epics. Being a part of various dynasties and kingdoms, the monuments and architectures of this city contribute a lot to its diverse culture.
Here are some major famous attractions of the town which cannot be overlooked: 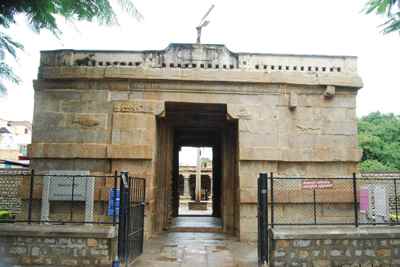 Built in the Ganga Dynasty, the Kolaramma temple is dedicated to Goddess Shakti. The architecture of the temple is Dravida Vimana style and also has some Chola inscriptions and carvings as well which were made in the 11th century. The initial Chola inscriptions and renovations can be traced back to the reign of Rajendra Chola I from 1012 A.D to 1045 A.D.

The typical South Indian style temple is built in L-shape, thus two shrines share a single vestibule, one for Durga who is well-known as Kolaramma and other for Saptamatrikas, the seven mothers. Both have a common entrance. The temple has many beautiful statues, carvings and inscriptions in languages like Tamil and Kannada, all done on granite stone which is approximately 800 years old. 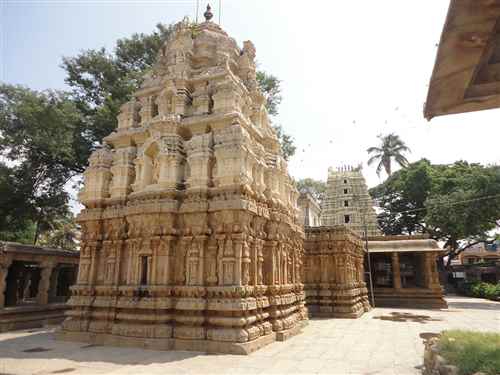 As the name suggests, the temple is dedicated to Lord Someshwara (Lord Shiva). It is located in the heart of the town and is one of the famous attractions of the town. It was built under the reign of the Cholas in the 11th century and was later expanded and modified when came under the possession of the Vijayanagaraa Empire. It is considered to be the finest example of the Vijayanagara architecture and style. The temple constitutes of heavily carved Prakara walls and pillars, a Kalyana Mantapa (wedding hall) which has 64-16 side pillars that depict few men riding horses and some mythological stories, a Mukha Mandapa with huge pillars, a Vasantha Mantapa (marriage podium) and a beautiful shrine for the goddess, Devi Parvati (Lord Shiva’s Wife). The inscriptions and craving on the walls and pillars of the temple also display some connections with foreign lands which depicts the value of trade for the kings.

This temple is the home to the largest Shiva Linga in the world which measures up to 108 feet, accompanied with its 35 feet tall Basava. It lies in the Kolar district, 5 km away from the Kolar Gold Fields (KGF). Every year, more than 600,000 devotees visit this glorious temple during Mahashivratri.
Koti means crore (10 million). The temple is spread over 15 acres of land and more than 8 million Lingas of various sizes have been installed there since 1974. It is said that they intend to install 1o million Lingas, hence named as Kotilingeshwara Temple. 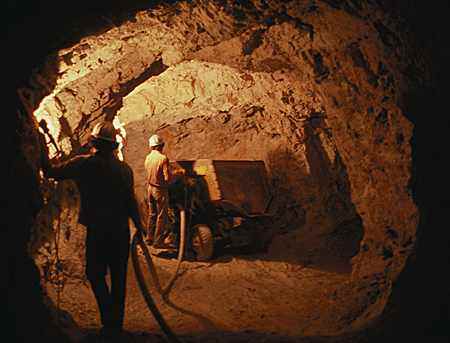 It is the world’s largest, oldest and deepest gold mine and is located 30 km away from Kolar. The mine has the world’s largest deposits of gold, which is why this city is often referred to the ‘City of Gold’. It is among the famous attractions where earlier tourists were taken deep-down, inside the mine through elevators so that they could look at the gold-bearing quartz. Earlier, the mines were under the possession of John Taylor & Sons before they were taken over by the government in 1972 which led to the formation of Bharat Gold Mines Limited (BGML). However, these mines have been shut down because of its decreasing deposits and increasing costs by Bharat Gold Mines Limited (BGML) in 2001.

It’s a popular trekking site which is 70 km from Bangalore and about 2 miles away from Kolar town. It is also known as ‘Antara Gange’ and is located in the Shathashrunga mountain range. It also has natural pool water which gets its continuous flow of water from the Basava (stone bull). At the top of the hill, one can spot a small village named ‘Paparajanahalli’ which is well-connected by roads to the town as well.

Kolar is well-connected by roads, railways, airways and waterways. NH4 and three state highways cut through this town. Recently, the town is reconstructing its roadways, making them strong and well-connected, thus creating new investment opportunities for the town. The nearest airports for international travelling are those of Bangalore, Chennai, and Kochi along with airports of Belgavi and Mysuru airports for domestic purposes. Two railway lines pass through the district and it is connected to three seaports- Mangalore, Karwar and Chennai, thus ensuring good accessibility and ease of trade.

Are you a Business Owner?

Add the products or services you offer