Enter your City name or Pincode

Kolar is generally referred to as the golden city of India. It’s located in the state of Karnataka and is the headquarters of the Kolar district. This city lies in a drought-prone, semi-arid region. Since it’s situated in a dry region, there is a crisis of drinking water since most of the water is contaminated with fluorine. The city lies on the borders of the Eastern Ghats and occupies the highland of Mysore. There are small rivers and brooks which are seasonal and originate in the highlands. 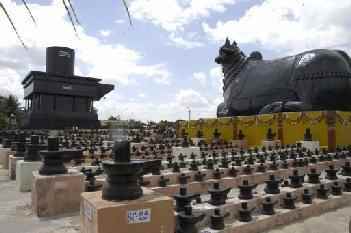 Kolar has nearly 40% of the land under cultivation out of which 28% is under cultivation and 27% is remaining land comprising of 5% land area covered with forest. The district has an abundance of different types of soils like granite, red sandy loam, and red sandy and mixed soil. The climatic conditions of the city make it suitable for agriculture and horticulture. Kolar has top ranks when it comes to horticulture yields. Almost 50% of the net sown land are under horticultural cultivation, growing crops like onion, tomato, potato, beans, carrots, radish, mango, banana, grapes, and flowers like marigold, jasmine, chrysanthemum and roses. Not only is it known for its horticultural products, but also for its leading production of milk and silk, making this city the top producers in the country.

The city is, yet again, associated with various epics and legends, making its history, heritage and culture diverse and unique. Initially, Kolar was the capital of the Western Ganga dynasty, which lasted from about 350 CE to 550 CE. Konganivarman Madhava, the founder of the dynasty, built the city of Kolar as its capital in 350 CE and ruled it for approximately 20 years. Earlier, Kolar was known by the name of Kuvalalapura, also known as Kolahala Pura.

Kolar is said to have links with the epic age, and is associated with many legends of Avani in Mulbagal Taluk, which was also called Avani Kshetra. It gained is fame mainly under the reign of the Ganga prince Madhava Muttarasa. In about A.D 890, Tribhuvana Kartata Deva, also known as Kali Yuga rudra ruled Avaniya Thana for 40 years. The author of the epic Ramayana, Maharishi Valmiki, also lived here. According to the legend, Devi Sita gave birth to her twin son, Luv and Kush, after she was sent to exile. There are various temples built in dedication to Lord Rama.

The Hundred-peaked Mountain is Antharagange, the hill to the west of Kolar. It is also called the Shatasringa Parvata. Antharagange is associated with the legend of Parsasurama. As the legend goes, King Sahasrarjuna (Arjuna) visited his father Jamadagni. The king demanded for the magic cow from Jamadagni for himself, but then he refused. The King was furious at being disobeyed and sent an army to fetch the cow magic cow but, Lord Parasurama vanquished the entire army and the King with his axe, all alone. That was when Parasurama took an oath to behead the entire Kshatriya race and it is believed that the Kshatriyain the hills did face the wrath of Lord Parasurama. It is said that the death of Kartaviryarjuna gave the city its name ‘Kolahala’ which was later changed to Kolar.

The Hoysala Empire, made Kolar a part of its dynasty in 1117. However, the Vijayanagara Empire defeated them and ruled Kolar from 1336 to 1664. The Sri Someshwara Temple was built under this empire itself.

In the 17th century, the Marathas ruled Kolar for 50 years, followed by the Muslim rule for the next 70 years. Kolar has been a part various kingdoms of both Marathas and Muslims, like, the Nawab of Cuddapah, the Nizam of Hyderabad and Hyder Ali. Later Lord Cornwallis took over Kolar in 1791 and 1792, it became a part of the kingdom of Mysore in the peace treaty of 1792.

Are you a Business Owner?

Add the products or services you offer